What are you doing? What was she thinking? Why are they dancing? Indeed, we use the “-ing” form of verbs a LOT in English.

And it’s no different in Spanish. Aside from the infinitive form (comer) and present tense (como), I think the most used conjugation of most verbs is the present progressive – the “-ing” conjugation (comiendo).

Luckily, it’s just as easy as in English. In this guide, we’ll show you how to do it.

TIP: Unlike English the progressive in Spanish is only used to talk about actions in process, not as a future tense.

In Spanish to convert a verb to progressive, instead of ING, we use one of two different endings (depends on the last 2 letters of the verb). 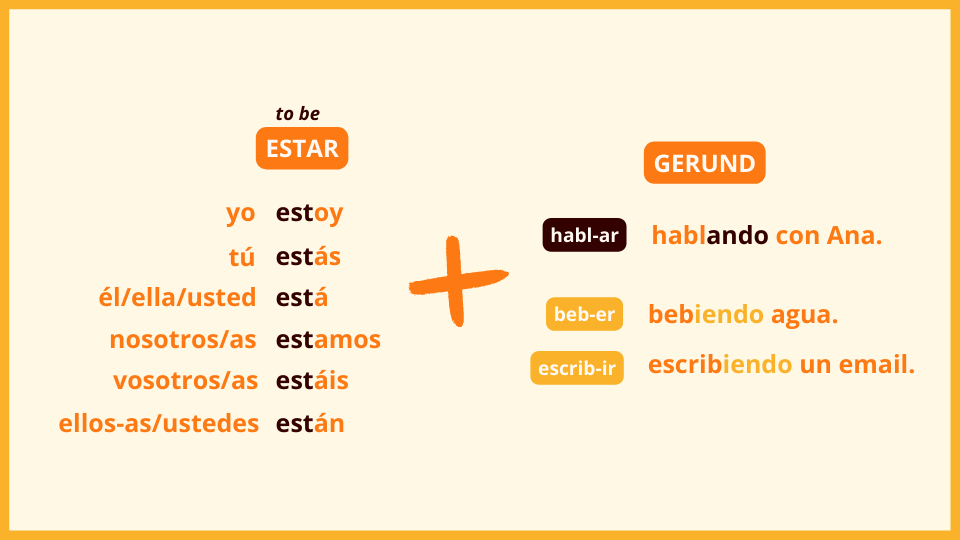 The exceptions for this don’t change the end, but the beginning of the verb. Here are the most common ones:

If after the general conjugation the “i” gets stuck between to vowels we need to change the conjugation to yendo. For instance:

TIP: Remember, this “y” sounds like a “j” in most latin countries.

Record yourself saying what these people is doing in the picture below.

Use the structure está/están + GERUND.

Y tú, ¿qué estás haciendo? And you, what are you doing?

Let me know in the comments below!

CEO of The Spanish Tribe

Please log in again. The login page will open in a new tab. After logging in you can close it and return to this page.